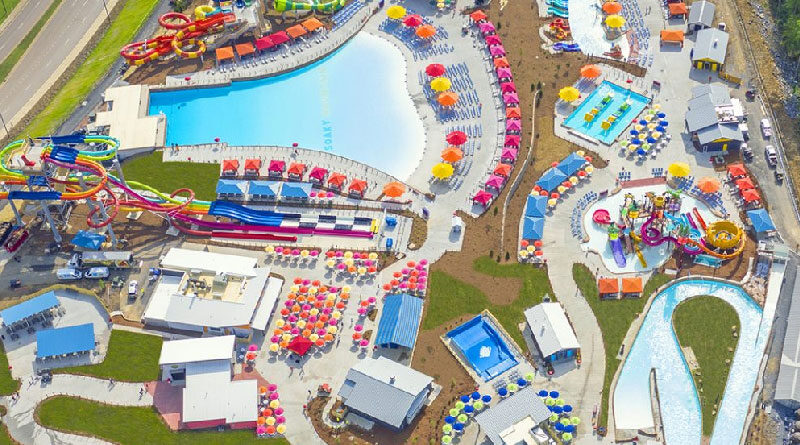 America’s ONLY new waterpark to open in 2020, opens to the public this past weekend in Sevierville, TN. Soaky Mountain Waterpark is a 50-acre outdoor waterpark designed and built by Aquatic Development Group (ADG).

ADG played the role as design/ builder of the waterpark and water features, as well as the construction manager of the full park build. Built during the wettest year of Sevierville’s history, and through a worldwide pandemic, this park is a testament to the construction team’s ability to adapt and see projects through to completion, even in the toughest and unprecedented circumstances.

From the entry point to the furthest part of the waterpark, there was a 100 ft of elevation, and the site was composed primarily of shale rock. ADG’s construction team had to blast and move 750,000 yards of earth before work on the water park could even begin. A key objective in ADG’s design was to preserve and showcase the unique elevation grade as much as possible, creating a unique “modern-mountain” landscape that allowed them to creatively design the amenities and attractions into the elevation versus just flattening it.

This $90 million waterpark features over a dozen water attractions including two iconic WaveTek® attractions – a 35,000 square foot wave pool capable of generating waves up to 6 feet high and ADG’s Tidal River® spanning over 24,000 square feet with 3’ WaveTek “Tidal Wave” roller wave that travel the entire length of the ride.

INTERESTING NOTE, these WaveTek attractions were both tested by Pro Surfer Ben Gravy prior to the park opening. Ben surfed the wave pool for several hours, doing tricks and ‘bomb drops’ where he jumped in on his board from the edge of the pool. The professional surfer also tested out the new Tidal River, where he was able to surf the 3-foot waves through the entire length of the river. Not only was he amazed by the power of the wave, but he declared ADG’s Tidal River ride to be ‘the best novelty man-made wave on the planet.’

After enjoying his first-hand look at the waves in the park, he states he had ‘the best day of his life’ at Soaky Mountain Waterpark and was excited to add this property to his list on his quest to surf all 50 states in the USA.

In addition to the iconic wave attractions, ADG designed several other cutting-edge attractions into their concept, including a dual-Wibit® inflatable water obstacle course, a flat-water adult cabana pool, a double FlowRider® surf ride, and several ProSlide water slides – including two of the world’s first:  A water coaster and wave hybrid slide as well as a miniature kid-sized wave slide.

Beyond the attraction mix, the aesthetic of the buildings, furniture, landscaping, theming and signage is something unique to the industry and is referred to as “Mountain- Modern and is the perfect showcase for a water park situated only miles from the Smoky Mountains.

Aquatic Development Group (ADG) is North America’s most respected designer and builder of water parks and water ride attractions. For over 50 years ADG has been providing design/build and equipment services to more than 4,000 aquatic facilities worldwide. ADG has installed more than 90% of all wave systems in the U.S. with their patented WaveTek® technology and has provided design/build and equipment services to more than 4,000 public, scholastic, resort and amusement facilities worldwide, winning numerous IAPPA Brass Ring and WWA Leading Edge Awards. 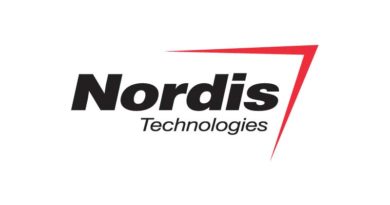 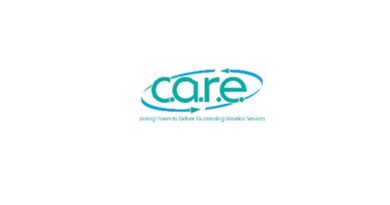