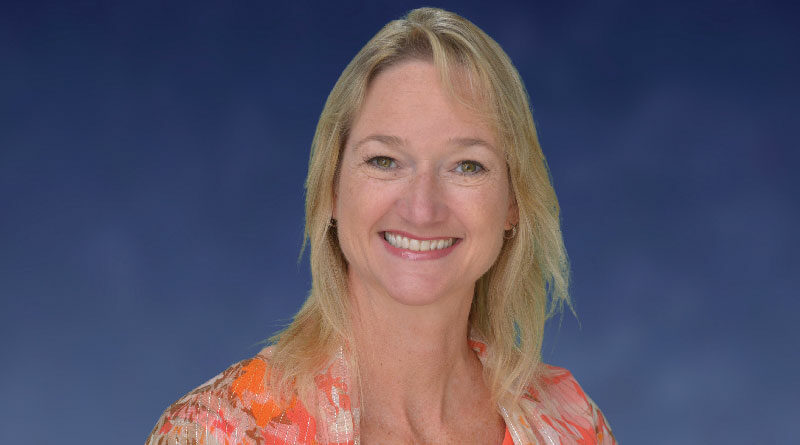 Debbie Ely gave up a career in the movies to get into the resale financing business. That’s how enthusiastic she is about her company, Vacation Club Loans, and the prospects for financing timeshare resales.

After graduating with an accounting degree from Florida Atlantic University, Debbie ran her own accounting business, and one of her largest clients was Tricom Pictures, a Pompano Beach company that produces educational films. As Tricom grew, they convinced Debbie to join them as an employee, and when they set up a second company, Northbridge Productions, she became the Operations Manager for Northbridge.

After a brief hiatus to raise her son, Debbie was looking to re-enter the workforce when she had a chance encounter with an acquaintance who’s boss, grizzled timeshare veteran Bert Blicher, had re-located his business from Pennsylvania to Florida. The acquaintance didn’t want to move to Florida and told Debbie she should inquire about the job.

Debbie decided to apply. “I knew nothing about timeshare,” she said. “Had never even been on a tour. Never stayed at a timeshare resort. Nothing.” The fact that she lived in Florida and managed to avoid taking a timeshare tour must have impressed Bert. Debbie convinced him that she was a fast learner and a hard worker. “Besides,” she added, “accounting applies to all fields. I knew I could learn to apply my accounting knowledge to timeshare.” Debbie started working for Blue Water Resort in April 2007 and began a crash course in the timeshare industry.

While there was a lot of activity at the company’s Nassau resort, the Florida administrative operation was relatively small, and Debbie was exposed to all aspects of the business. “Bert is very entrepreneurial,” she said, “and we all wore a lot of hats. I learned a lot, and one of the biggest lessons for me was that the product was much more flexible than I’d thought it was. I envisioned timeshare as a one-week, one-property deal for an older generation, and I was surprised to learn how many different ways time can be used.”

After Blue Water became affiliated with Bluegreen Corporation, sales accelerated and most of the inventory was sold, leaving Bert and Debbie looking for the next challenge, which turned out to be the acquisition of Timeshares Only and Fidelity Real Estate, two timeshare resale companies. Not many businesses are as challenging as timeshare resales, and Debbie soon realized, thanks to Bert, that one of the difficulties in making a resale was that there really wasn’t any effective financing. “I’d be at Fidelity listening to the calls,” Debbie said, “and I’d hear a prospective buyer say that they could only pay $5,000. The salesman would then have to find a seller willing to let their interval go for $5,000. If there was financing, I’m sure he could’ve gotten the customer to pay more than $5,000. If it wasn’t a ‘cash-and-carry’ product, prices could be higher.” As a former chairman of ARDA, Bert also saw financing as a way to counter the image problems resales were creating for the timeshare industry.

Identifying a need for financing is one thing. Convincing brokers and buyers that financing will help them is another thing altogether. Once VCL was formed, the next step was to get referrals from brokers. Since they controlled two resale companies, they had a running start, but it still wasn’t easy. “I thought it was the greatest thing to happen to the industry in ten years,” Debbie said, “but none of the brokers were interested. They’d say, ‘It’s not necessary—everybody just pays cash’ or they didn’t want to add impediments to the sales process.” And part of the difficulty is that it’s just plain hard to get anyone to change the way they do things.

Slowly, people began to realize that having financing made selling easier, not harder. One at a time, broker resistance began to break down. “They realized that this person wasn’t going away,” Debbie said. “And they realized the process isn’t difficult at all. There are no agreements between VCL and the broker except for a non-disclosure agreement to keep client information confidential. Our relationship is with the individual customer and most of the work is done through the title companies.”

There are bad actors in the resale business, and Vacation Club Loans is diligent about which brokers can refer loans. “We check to see that they are licensed in the state in which they’re doing business. We monitor on-line reviews, and we deal with a handful of good title companies to make sure everything is done right.”

The performance of the VCL portfolio has been outstanding, which we at Colebrook can attest to since we provide the company’s financing. “I think that’s a function,” Debbie said, “of the fact that these loans take about 60 days to close, rather than the same day closing for developer sales. After a two-month process, the buyer is committed. And we get ACH authorization from 100% of the customers, so we don’t have to worry about them sending checks or about credit cards expiring. All of our payments are scheduled for the 15th day of the month. Most people have a mortgage or rent payment due on the first, and by hitting the account on the 15th, we’re not lined up behind a big payment.”

From ground zero in 2016, volume has grown impressively over the past three years. The company has funded about 700 loans, with year over year growth reaching the double digits each year and 2017 volume was roughly 300 percent above 2016 levels. Debbie projects that 2019 volume growth will be the largest yet, mainly due to more and more resale brokers enjoying having the ability to sell more contracts under her finance mechanism. Furthermore, Vacation Club Loans will be focusing on growing its frontline sales financing to smaller, well ran resorts. As a VRI approved lender, they will be attending the VRI National Manager’s meeting this October in Phoenix, AZ.

Seven hundred loans aren’t a lot for a front-line developer, but it is probably more resale loans than any other company has done in a similar period during the forty-year history of the timeshare industry. And as acceptance among brokers becomes more common, the number should continue to grow.

When she’s not busy revolutionizing the timeshare resale market, Debbie runs the Southeast Florida section of ARDA-WIN, an ARDA sub-group that promotes and advocates for women in the timeshare industry. “We have young up-and-comers,” Debbie said, “and we have more experienced women who mentor them.” Which group does she fit in? “I think I’m right in the middle.”
Debbie Ely is also in the middle of a new type of financing that could change the resale market. “One of the things I look at carefully,” Debbie said, “is the average loan amount. If it goes up from year to year, that means that resale prices are increasing, which is good for the entire industry.” The average loan has gone from $8,209 in 2016 to $11,340 in 2019, which is good news for the industry, and very good for Vacation Club Loans, a new company tackling an old problem in a very different manner.

An active partner at Colebrook Financial Company, Bill Ryczek, RRP, has primary responsibility for marketing and banking relations. After nearly 40 years in the timeshare industry, he is well-known and a frequent speaker at conventions on the topic of receivable financing. – Reprinted with permission from Summer 2018 Colebrook Chronicle. 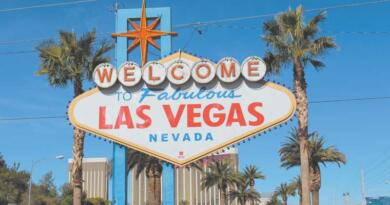 40 Years in the Timeshare Business

May 2, 2019 Bill Ryczek via Colebrook Chronicle 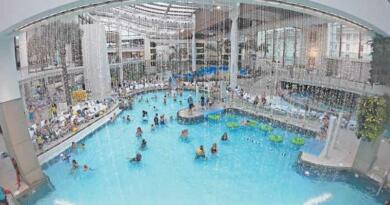 Palace Resorts Will Increase Its Tourism Investments Within The Dominican Republic