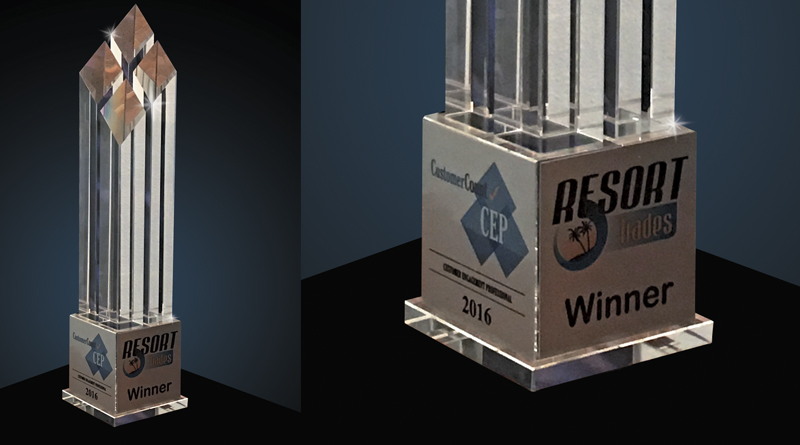 Every year professional organizations gather together to name the Best of the Best. Whether it’s the Oscars, the Emmy’s, the ESPYs or sports leagues, honoring most valuable players is a time honored tradition. But, some of the most important individuals are frequently overlooked. That’s why CustomerCountSM and Resort Trades have teamed up to recognize outstanding leaders who exemplify customer engagement within the timeshare resort/hospitality industry to introduce the CustomerCount CEP (Customer Engagement Professional) Resort Trades Award.

The process began when CustomerCount initiated the CEP (Customer Engagement Professional) Award in conjunction with the Professional Association for Customer Engagement (PACE) Conference held in Washington DC last year. PACE is a non-profit trade organization dedicated to the advancement of companies that use a multi-channel approach to engaging their customers.

Bob Kobek, president of Mobius Vendor Partners which developed CustomerCount, an Enterprise Feedback System used by the timeshare and hospitality industry to build customer loyalty and improve the bottom line, saw the original award concept could be expanded to other industries. “We know Customer Engagement is a part of the corporate culture and requires the skill and talent that many strive for, and few master. At CustomerCount we want to honor an individual who has shown exceptional performance in an area which frequently goes unrecognized,” said Kobek.

For the CEP award, Bob and his team found the perfect partner in Resort Trades, a publication whose niche is focused on Resort Operations and the people who not only make resorts run smoothly, but also have a direct impact on visitors, members and owners. According to Sharon Scott, RRP, publisher of Resort Trades, “In an effort to pay homage to often overlooked and under-appreciated resort management professionals, we’ve teamed with CustomerCount to celebrate these hard working individuals, many of whom are the backbone of maturing, legacy resorts.”

The award winner and their company will be announced in Resort Trades in the February 2017 issue. Judging Guidelines have been established by Amy Gregory, RRP and PhD, a professor of Timesharing at CFU’s Rosen School of Hospitality in Orlando. Along with CustomerCount’s Courtney Scott, an MBA who specializes in Process and Procedure, Gregory formulated a rubric with specific qualifications for nominees for the CEP Award. A panel of independent judges from the Greater Knoxville, Tennessee, area will judge the Resort Managers, General Managers and Assistant Managers who have contributed to the success of their companies in an exceptional manner.

The nomination forms are designed to acknowledge areas of contribution including:
1. Extraordinary interactions with members/guests;
2. Remarkable improvements in on-site ratings of the resort;
3. Innovative training techniques and outstanding social media mentions and reviews.

The nominated leader’s performance and contribution will also be judged for the significant impact they’ve had on the team, company, and/or community.

“CustomerCount is first and foremost a Customer Engagement SaaS platform and we deeply understand that the first interaction a member, owner or guest encounters is at the front desk of the resort,” Bob explained. “That’s why we want to honor the folks –general managers, resort managers and assistant managers– who embody the word ‘hospitality’ by engaging with their customers in a deep and meaningful way.”

“Resort Trades will utilize our off- and online channels to recognize not only the award recipient and their resort and/or management company,” commented Sharon, “but we also want to acknowledge the individual who placed the original nomination. We will seek to honor these individuals and the entity for which the award winner works in any way we can, beginning with a cover story in the February 2017 print edition. From there, we will look to include mention of them frequently in our social media and eNewsletter, Resort Trades Weekly.”

Whether the CEP Nominee slogged through the snow to make sure a pancake breakfast kicks off a big ski weekend, or ran to the pharmacy to pick up baby aspirin for a sick toddler, they have contributed to making someone’s vacation not just good, but exceptional. The folks to be honored may have put together a Kids Club sleep over so vacationing parents might enjoy extra alone time. Or, they may have invented a proprietary app for timeshare owners to connect with each other for travel tips and connections. No matter what they’ve done to stand out from the crowd, the CEP Award will honor them in a manner not yet afforded this unique group of hands-on individuals focused on making the vacation experience better for everyone.

What makes the CEP Award a singular honor is the partnership between a publication which understands the importance of Resort Operations and a company which has Customer Engagement at the very core of its DNA. The winning manager and their company/resort will be profiled in the February 2017 issue of Resort Trades, with a special mention acknowledgement of the individual who submitted the nomination. Two trophies will be presented; one for the company and one for the individual CEP.

To submit a nomination, visit www.customercount.com or ResortTrades.com for a link to the entry form. The online form is also available at www.ccceprtaward.com. Deadline for submission is December 2. 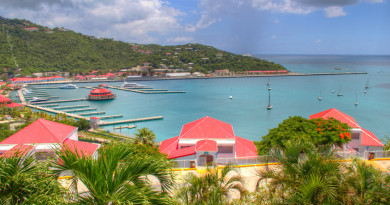 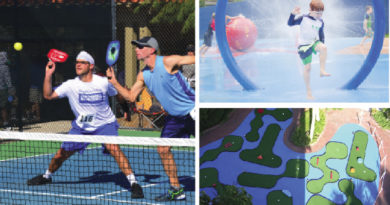 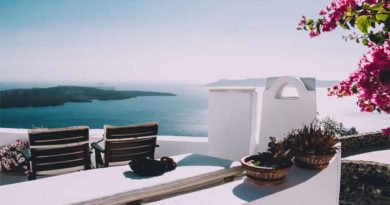