Jungle Island, South Florida’s iconic attraction, announced the appointment of Curtis Crider as its new General Manager. Crider brings more than 26 years of hospitality management experience to the 18-acre park and will oversee Jungle Island during the next phase of its multi-million dollar reinvention into an eco-adventure theme destination. Upon completion, Jungle Island will boast a family-friendly hotel and new attractions that provide visitors from around the globe with a real jungle adventure experience in the heart of Miami.

“Curtis understands the hospitality industry inside and out in South Florida,” said John Dunlap, CEO of Iconic Attractions Group, the management company for Jungle Island. “We are thrilled to have him join our leadership team. Coupled with his vast hotel experience and outstanding reputation, he is the ideal candidate to lead the park through its rebirth in the esteemed role of general manager.”

During the course of his distinguished career, Crider worked solely for Sonesta Hotels and Resorts where he impressively climbed the ladder into various leadership positions including most recently general manager for 10 years of the Sonesta Coconut Grove. Under his leadership of the 212 units, 22-story luxury and boutique condo/hotel, the hotel’s RevPar and the average rate increased by 10% and annual revenues exceeded $12 million.  He also served as Resident Manager at both Sonesta Coconut Grove and its sister property, Sonesta Beach Resort Key Biscayne. Additionally, the Miami native held the position of Director of Food & Beverage, directing an $8.5 million food and beverage operation.

Passionate about serving the community, Crider sits on a number of executive boards including the Greater Miami and the Beaches Hotel Association, and the Coconut Grove Arts Festival and Historical Society.  In addition, he was a member of the Grove Chamber of Commerce where he was vice president for two terms.

Crider takes over the helm from Christopher Gould, who joined Jungle Island in 2014 and will be transitioning to Senior Vice President of Iconic Attractions Group. During his five years with Jungle Island, Gould is credited with navigating the governmental slopes to receive approval of Jungle Island’s future transformation plans, accomplishing the sale of the park, and winning a referendum to extend the lease.

Jungle Island, a favorite South Florida landmark, is an eco-adventure park between Downtown Miami and South Beach. Building upon a rich tradition that began in 1936, the recently-transformed Jungle Island takes guests on an epic journey through nature, animal discovery, and new adventurous experiences. With thrilling new amenities including SuperFlight and Escape Rooms,  to its renovated events spaces and signature Bloom Ballroom, the 18-acre park is truly Miami’s most iconic destination for adventures and events. From behind-the-scenes VIP tours to unforgettable interactions with some of the world’s most fascinating animals, Jungle Island offers guests a variety of real-life jungle experiences. For more information, visit www.jungleisland.com and follow @JungleIsland on social media, using the hashtags #JungleIsland #AdventureIsHere

Founded in 2012, the Iconic Attractions Group (IAG) is devoted to creating and managing culturally significant attractions in major metropolitan areas around the world. IAG’s primary goal is to create more sustainable businesses by partnering with institutions that share a desire to become world-class entertainment, education and conservation destinations. Under the Iconic Attractions Group umbrella are Iconic Lifestyle Properties, the Iconic Conservation Fund, Iconic Service Partners and Iconic Parks and Destinations. Among IAG’s first projects is the reinvention of Jungle Island into an eco-adventure themed attraction. Located in the heart of Miami on Watson Island, the historic Jungle Island is a ‘must see’ attraction in South Florida. For more information about Iconic Attractions Group, follow @IconicAttractions on social media and visit www.IconicAttractions.com. 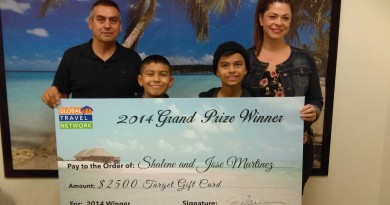