Marge Lennon wrote in her article, “Gary A. Terry, the Timeshare Industry’s Original Uplifting Current,” “With no income besides their current jobs to support their families, in 1969 they decided that Gary would start a national developers’ association and [Bill] Ingersoll would start a law firm to represent developers. Both men understood the personal and professional risk. Between them, they were responsible for five young children.

“With a little financial assistance and a great deal of hard work and dedication, the American Land Development Association (ALDA) was born in 1969 with campground developers playing a significant membership role. After about 10 years, ALDA was dominated by the passionate and successful National Timesharing Council. Their leaders encouraged the association to create an organizational structure within ALDA to serve the emerging timeshare industry. ‘Everyone was a pioneer and innovator, and errors were made because there were no timeshare how-to textbooks,’ Gary reminisces.

“Added Christel DeHaan, founder of RCI, ‘At the fall 1975 ALDA conference, Innisfree and Carl Berry sponsored a timesharing hospitality suite. Only Carl Burlingame, Gary Terry, Jon DeHaan and I showed up. Carl and Jon—after a few scotches—pushed a reluctant Gary Terry to have the association focus on timesharing. It was the right push.’”

“As I look back at the time we shifted from the old national timesharing council – under the American Land Development Association (ALDA) of which Gary was the President – to the present association, ARDA, it was the leadership and foresight of Gary Terry, George Donovan, John DeHaan, Bill Ingersoll, and a few others that made it all come together to make it the leading industry association, ever since” observed McMullen. “Gary had the legal training as well as the personal skills to deal with ‘us’ demanding developers and keep us organized and working together. He deserves a lot of the credit for the success of ARDA and its foundations.”

Lennon’s article adds, “”Stephany Madsen, who worked for ALDA as a ‘kid’ in 1973-1975 and again as VP, starting in 1985, said, ‘Gary never lost his cool under the barrage of ideas from his entrepreneurial members. I remember him telling me about flying into a box canyon as a very young man. He thought it was The End because the cool air currents flowing down onto the plane kept it flying low toward the wall at the end of the box and he couldn’t pull up. At the last moment before impact, a warm air current lifted the plane up over the cliff edge. Gary was good at looking for, and finding, those uplifting currents.'”

Terry was born April 2, 1935 in Ogden, Utah, to Hyrum Aceal and Virginia Sorensen Terry. He was married for 56 years to Carole Ann Eitel of Ellerson, Virginia. He is survived by his wife and children, Stephanie Terry Wallace (Kent) of Lake Orion, Michigan and Brendan Terry (Maria) of Sandy, UT.

Gary spent his childhood through high school in Cedar City, Utah, where he was the student body president of his high school.  Upon graduation he joined the United States Navy where he served on the U.S.S. Princeton during the Korean War. His plan for a career in the Navy was halted abruptly when he returned from a tour of duty in the Far East only to be diagnosed with spinal paralytic poliomyelitis.  He spent two years in the U.S. Naval Hospital at Corona, California and in April of 1958 was placed on the Navy retired list and transferred to a Veterans Administration Hospital for rehabilitation.

After his release from the hospital he began his college career, which he interrupted to serve a mission for the Church of Jesus Christ of Latter Day Saints in the Central Atlantic States Mission.  After his mission he attended U.C.L.A. where he received a Bachelors degree in political science with a specialty in public law. He then attended and graduated from George Washington University Law School in Washington, D.C., where he earned a Juris Doctor degree. While attending law school, he worked in the government relations office of the Bethlehem Steel Corporation.  He served on the 1969 Presidential Inaugural Committee. He then served as an attorney in the office of the General Council for Housing and Urban Development (HUD). He resigned from HUD to begin a trade association to represent resort developers when it became apparent to him that they had no representative organization. He was a founder of, chairman and president of the American Resort Development Association (ALDA/ARDA).  During his 22 year career, Gary met many outstanding business men and women who became great friends.

While in Virginia, Gary served and loved many young people as bishop of the Langley, VA Ward. He served many years as a missionary leader in the McLean Stake and loved missionary opportunities. Upon retirement, he and his wife moved to St George, Utah, to escape ice and snow as his post-polio impairments increased. In St George, he served as chairman of the Pioneer Center for the Arts and also as chairman of the Celebrity Concert Series. In 1998 he was diagnosed with Parkinson’s disease which brought him to the SUV home in 2017.

A great joy to him has been the arrival in his life of grandchildren: Erik Lon Wallace (Renae), Steffan Kent Wallace (Malin), Jasmin Helen Wallace Helgesen (Andreas); and Danielle Sofia Terry and Christopher Andres Terry, as well as great grandchildren: Jade Thompson and Evelyn Wallace.  He is survived by siblings Debra Walter (Jerry), Kim Terry (Robin), and Patrice Beaumont (Duane).

His family is grateful for the care of many professionals who have helped him through his medical challenges: Dr. Dan Madsen and Dr. Jason Swigert, many other doctors and nurses, and the caring staff members at the SUVH. His family is also grateful for the kindness and care of members of the St James Ward and the SUVH Branch of the Church of Jesus Christ of Latter-day Saints. 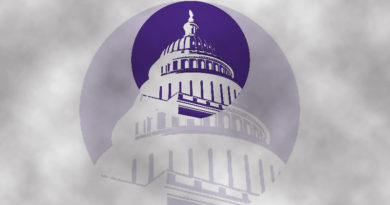 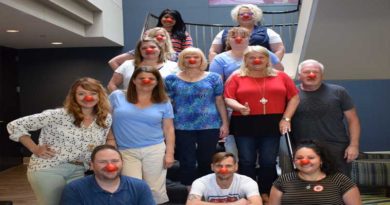 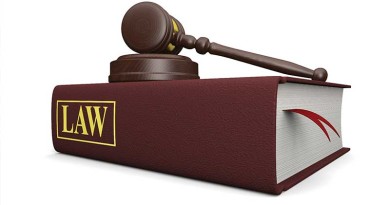 Advising Your HOA Board Your BOD and the Law