For nearly 50 years, the trade association that is known today as ARDA has lobbied Congress, state legislatures, and federal and state regulatory agencies to the benefit of our industry and timeshare buyers. Timeshare professionals involved in the industry’s early years know that Gary Terry played a major role in helping make this happen. Resort Trades salutes him for overcoming mountains of obstacles along the way.

Gary was born April 2, 1935 in Ogden, Utah, but spent his childhood through high school in Cedar City, Utah. He was the student body president of his high school. He left after graduation to join the Navy with the hopes of becoming a Navy pilot, but discovered that his eyes didn’t meet the requirements for a pilot. He served on the aircraft carrier, USS Princeton during the Korean War. He was then selected to attend Officer Candidate School but returned from his tour in the Far East in August 1955 only to be diagnosed with Spinal Paralytic Poliomyelitis. He was treated initially at the Los Angeles County Hospital and then transferred to the U.S. Naval Hospital at Corona, California. In April of 1958 he was placed on the Navy retired list and transferred to a Veterans Administration Hospital for rehabilitation.

Gary began college shortly after his release from the VA hospital. He attended U.C.L.A. where he graduated with a Bachelor’s degree in political science with a specialty in public law. He then attended and graduated from George Washington University Law School with a J.D. degree. He married Carole Eitel in 1962 and they have two children, Stephanie and Brendan, five grandchildren and two great grandchildren.

Gary’s biggest career move came when he joined the office of general counsel at the Department of Housing and Urban Development. His HUD responsibilities included fleshing out regulations for the Interstate Land Sales Full Disclosure Act – enacted in 1968 – to correct abuses in interstate land sales and to regulate the sellers of land. He recognized that if there had been a trade association to represent the land sales industry, HUD’s legislation would have been different.

He then suggested to friend and fellow HUD attorney William Ingersoll that they should resign from their government posts and start a trade association to represent these people. Bill liked the idea and asked, ‘How do we set up an association?’ Neither of us had the slightest idea. They believed that the recently-passed legislation was a punishment to the land development industry because of the bad behavior of a few. They knew that many well-capitalized land developers’ businesses would be hurt by the legislation and needed a voice to represent the industry’s interests before lawmakers

With no income besides their current jobs to support their families, in 1969 they decided that Gary would start a national developers’ association and Ingersoll would start a law firm to represent developers. Both men understood the personal and professional risk. Between them, they were responsible for five young children.

With a little financial assistance and a great deal of hard work and dedication, the American Land Development Association (ALDA) was born in 1969 with campground developers playing a significant membership role. After about 10 years, ALDA was dominated by the passionate and successful National Timesharing Council. Their leaders encouraged the association to create an organizational structure within ALDA to serve the emerging timeshare industry. “Everyone was a pioneer and innovator, and errors were made because there were no timeshare how-to textbooks,” Gary reminisces.

Added Christel DeHaan, founder of RCI. “At the fall 1975 ALDA conference, Innisfree and Carl Berry sponsored a timesharing hospitality suite. Only Carl Burlingame, Gary Terry, Jon DeHaan and I showed up. Carl and Jon—after a few scotches—pushed a reluctant Gary Terry to have the association focus on timesharing. It was the right push.”

By 1980, ALDA became the American Resort and Residential Development Association (ARRDA). Gary used to smile about the new, but short-lived two-R name and pronounce it with a Scottish burr. It quickly morphed into ARDA, dropping residential and became the collective voice of timeshare. With the birth of ARDA-ROC (resort owners’ coalition) 20 years later, ARDA gave timeshare purchasers a voice in the association’s advocacy. Keith Trowbridge, who was Chairman of the Resort Timesharing Council for ALDA for 1978-79 remembers Terry as one who could grasp new ideas and promote them during a changing time.

Recalled George Donovan, one of the first Chairman of ALDA “Gary’s unique abilities and steady hand made the evolution from the land-based ALDA to the timeshare based ARDA work for us all; he was a pleasure to work with.”

Some fond memories from Washington, D.C. attorney Stu Bloch: “During Gary’s tenure, there were times when the association faced financial difficulties. Through it all, what I remember most about Gary was his absolutely stoic behavior. He never panicked and always believed that things would work out … and of course they did. Anyone else would have shut the doors. At that time, Bill and I were successful enough to help launch the International Foundation for Timesharing (IFT). We formed it separately from ARDA because of their cyclical financial problems. As a central part of its charter, we kept the IFT money in a corpus that could never be invaded. Over the years that followed, I was constantly fighting with ARDA members who wanted to invade the corpus and use that money for the association. But with Gary’s support we never yielded. Today, ARDA and its affiliates are very well funded with associations from around the world seeking its financial assistance.”

Stephany Madsen, who worked for ALDA as a “kid” in 1973-1975 and again as VP, starting in 1985, said, “Gary never lost his cool under the barrage of ideas from his entrepreneurial members. I remember him telling me about flying into a box canyon as a very young man. He thought it was The End because the cool air currents flowing down onto the plane kept it flying low toward the wall at the end of the box and he couldn’t pull up. At the last moment before impact, a warm air current lifted the plane up over the cliff edge. Gary was good at looking for, and finding, those uplifting currents.”
“I worked with Gary as one of ALDA’s first Treasurers of ALDA,” said Bert Blicher. “He was a great listener, had a perfect personality, the right educational background and an encyclopedic mind. He pulled us all together and made it work.”

“Bob Miller and I met Gary in 1976,” said Ed McMullen, Sr. “He became an instant friend ultimately making a major contribution to our entry into the timesharing business, with his strong faith-based character and his unique talents as an administrator and leader.”
Gary Terry served ALDA/ARDA as executive director and then president from 1969 to 1991 and as the director of the IFT from 1991 to 1995. He joined Utah’s oldest law firm, Jones, Waldo, Holbrook & McDonough in 1991 and practiced in its Washington office until 1995, when he moved to St. George, Utah.

Gary is currently a resident at the Southern Utah Veterans’ Home in Ivins, UT. He is suffering from the effects of post-polio syndrome and Parkinson’s disease. Gary leaves a lasting legacy in the industry as the cofounder of what became ARDA, one of the preeminent industry associations in Washington DC. He transitioned the association from a small land development group to what it is today. He pushed and lobbied all states to adopt timeshare laws, with full disclosure to consumers and to eliminate fraud and misrepresentation. He created an industry “code of ethics” leading to the credibility and financial stability timesharing enjoys today. As a result, ARDA membership now includes major hotel brands and other key public companies. The industry owes much to Gary as a true founding pioneer of the timeshare industry. 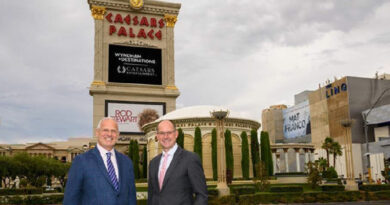 Marketing Partnership to 2030 between Wyndham Destinations and Caesars Entertainment 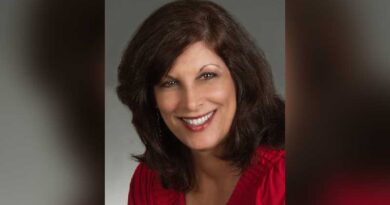 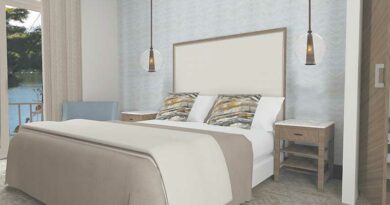