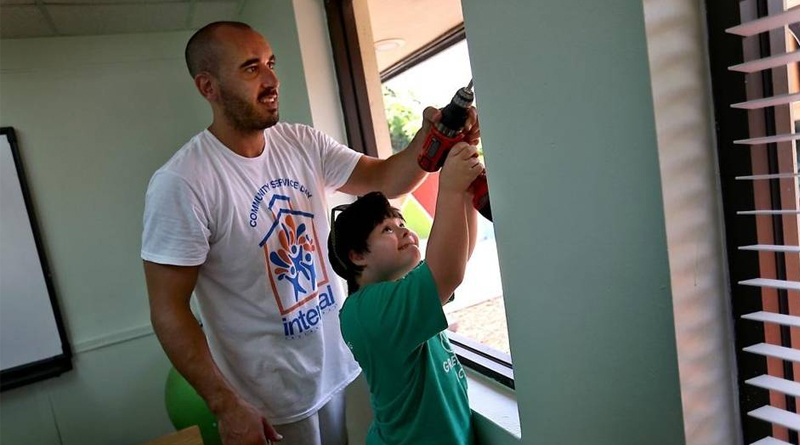 It still smelled like paint when the kids walked in.

On Wednesday afternoon, they piled off the bright yellow bus and crowded in the door of their school, Great Heights Academy.

Khia Lopez, who founded the academy with her husband for special needs and developmentally disabled kids, kissed the heads of students and hugged parents as they streamed in and out of the building.

When her students left at 9 a.m. on a field trip to Chuck E. Cheese, a fleet of volunteers from Interval International got to work. They re-painted the academy, including a colorful zig-zagging mural inside and outside the building.

Normally, Lopez’s husband does the painting every three to four months. He starts painting after he finishes his regular 9-to-5 job, and sometimes he doesn’t finish until 3 a.m.

“It would have literally taken him a month to do what they did in a day,” she said.

Across the shopping plaza the small school is tucked into, some of the 65 volunteers busily built enough IKEA furniture to fill a kitchen and dining area. The new space is an extension of the academy for students who have aged out of the group of younger students.

Lopez said she couldn’t have imagined this scene two months ago. She had only one student lined up for the young adult academy and was struggling to find affordable used kitchen equipment on the Internet.

The 19-year-old had just started his summer internship with Interval International. A co-worker mentioned the team was searching for this year’s community service project, a tradition the company started in 2002.

“I’ve got some ideas,” he said. He called contacts within the special needs community and found Great Heights. He called Lopez and asked her if she needed anything.

“I call him my guardian angel,” Lopez said, pointing to Martinez, who was flecked with paint. “God didn’t want my kids to have used stuff. He wanted them to have new stuff, because that’s what they deserve.”

This project fell on the ninth week of Martinez’ 10-week marketing internship with the Miami-based vacation services company. With the help of colleagues at Interval, he helped coordinate the whole event, including a talk he’ll give to the parents and students on Saturday.

Martinez has cerebral palsy, a brain disorder that affects speech and movement. He won a Silver Knight award last year for his activism in the disabled community, including his motivational talk. He calls it “It All Starts With Attitude.”

The relentlessly optimistic teen tells his life story and focuses on strengths, he said, rather than disabilities.

“You can have a doctor tell you; you can have a physical therapist tell you, but people like hearing ‘You can do all these incredible things and overcome all these difficulties’ from someone who walked that path,” he said. “If I can put their minds at ease I can achieve my goal.”

The school Martinez attended as a child is no longer around, which he said underscores the need for academies like this in the community.

When Lopez began her school in 2013 she had three students. Now there are 40, and the families have become their own community. They attend each others’ birthday parties, have an annual Halloween party at Lopez’s home and hold fundraisers for parents in need.

“I couldn’t imagine doing anything else,” said Carmen Torres, a staffer at Great Heights. “I don’t have a plan B.”

After the red ribbon was cut and the kids started to go home, the Interval team gathered under the shade of a big tree and posed for a group photo. “One more day,” some chanted. “We gotta finish what we started.”

The academy is a greatly needed resource in the community, said Craig Nash, CEO of Interval Leisure Group. 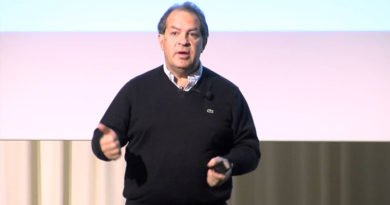 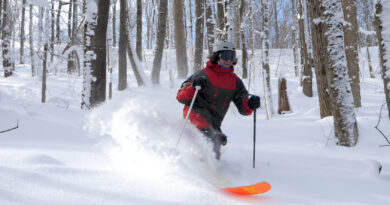 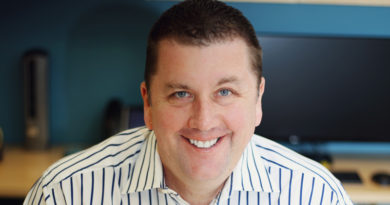