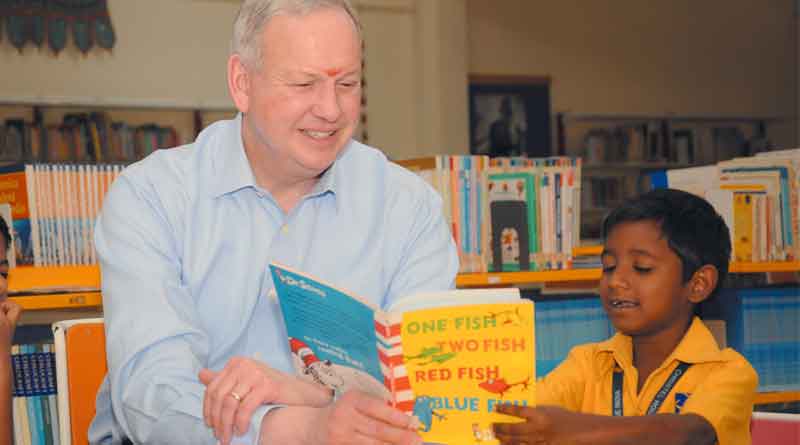 Newly appointed Christel House International President & CEO Bart Peterson takes his mandate – helping transform lives by giving underprivileged kids a hand up, rather than a hand-out – pretty darned seriously. Founded in 1998 by Christel DeHaan, who personally underwrites all administrative expenses, the non-profit organization has been unique in using 100% of donated funds exclusively to provide programs and services for children. During its last twenty years, Christel House has steadily built a network of schools to serve children from extremely disadvantaged backgrounds. And when it comes to public service, Mr. Peterson is no slouch.

He served two terms as Mayor of Indianapolis from 2000 to 2007, and in 2007 was President of the National League of Cities. His accomplishments as mayor include working with Indiana University, Purdue University, Eli Lilly (where from 2009 to 2017 he was SVP of Corporate Affairs and Communications and a member of its Executive Committee), and the Central Indiana Corporate Partnership to create BioCrossroads, an Indiana life-sciences initiative.

It turns out that Purdue University produces more than just great basketball players; Peterson got his bachelor’s degree there before going on to earn a JD from the University of Michigan.

Peterson’s list of achievements is stellar: Prior to running for office, Mr. Peterson was a member of Indiana Governor Evan Bayh’s leadership team, first as his advisor for environmental affairs and later as his Chief of Staff. He also served stints as Managing Director of Strategic Capital Partners, as a Fellow with the Institute of Politics at Harvard’s Kennedy School of Government, and as a Distinguished Visiting Professor of Public Policy at Ball State University.

The list continues: Presently, Mr. Peterson serves on the boards of the Regenstrief Foundation, 16 Tech Community Corporation, and Kite Realty Group. Previously, he was an appointee to the U.S. Department of State’s Asia-Pacific Economic Cooperation (APEC) Business Advisory Council.
RESORT TRADES: How tough was it for Christel to convince you to take over at Christel House in this position? It looks like a pretty formidable undertaking that will require a lot of thankless hours and tedious travel.

PETERSON: It wasn’t too tough to convince me, because it is such a remarkable organization. Plus, Christel herself is such an inspiration. She has created a phenomenal network of transformative schools for which she provides significant funding. She is continuing as Chairman of the Board.
I had recently retired from Eli Lilly a couple of years ago when she gave me a call. At that time, I was content to volunteer for various non-profits; I was a board member and chair for several philanthropies that I felt were important. The only thing that would compel me to step back into the workforce would be that the organizational impact had to be exceptional. The more I thought about it, though, Christel House became the only thing I considered in the next year and a half as we both evaluated whether it was the right fit. I became more and more impressed over time.
RESORT TRADES: What are your immediate goals? Are there any new initiatives you’re hoping to launch right off the bat?

PETERSON: I have no intention of changing the fundamental model. We will continue to provide a rigorous K-12 education with equal emphasis given to mastering academics and developing good character. Christel House provides children with meals and nutrition while at school and makes sure their health care needs are met.

Our support for the students continues for another 5 years after high school graduation. We help students develop career plans, provide assistance with post-secondary decisions, whether vocational or college and even provide some financial support in appropriate circumstances. Christel House also counsels its graduates through their first year in the workforce to maximize their success. Our kids typically come from severely underprivileged homes. Often, they will be the first in their family to earn a high school diploma, and almost always the first to attend university. As a rule, they don’t have solid role models and usually are surrounded by significant negative influences in their communities. Our primary goal is their success in life. I endorse and support that model 100 percent.

As for new initiatives, we do have a couple: Christel House will open a new school in Jamaica in August 2020. We’re also taking an intensive look at establishing a combined high school to serve students from our two charter schools in Indianapolis.

RESORT TRADES: How about the long-term? What do you see for the future growth of Christel House?

PETERSON: We believe we can expand by adding a new school every two to four years. There’s a need to develop additional human resources and funding sources for expansion. Opening a school takes substantial preparation and planning to understand the educational and cultural norms, to develop financial support, and to cultivate government and business relationships so that operations begin smoothly. We need to be doing our long-term planning now for the next twenty years.

When starting a new school, if we go to a country where we now have a presence, it’s easier. But if we want to start a school in a new country, it takes several years of planning.

In speaking with people from other organizations connected with education, everyone is concerned with ongoing financial support. Christel House is extremely grateful to Founder Christel DeHaan who has personally funded our overhead and fundraising expenses since the organization began. She’s devoted her life to this cause over the last twenty years. Her generosity is profound, and through her estate planning, we are assured of continued support.

This said, we still need to raise the majority of the programs and services budget for our kids from other philanthropic sources. Christel has created a model where every donor knows that 100% of their support will directly benefit the children since she funds our overhead. This allows her resources to be leveraged in a way that will serve the greatest number of children possible and lets many other stakeholders participate. The timeshare industry is one of our most dedicated partners and has supported Christel House since its founding. We have a development department that is very creative in tailoring win-win programs that benefit both the resort developer and Christel House, kids.

We are so grateful to our donors. From employees in the timeshare industry who do automatic deductions from their payroll to companies who provide sponsorships of major events, to individuals who include Christel House in their estate planning, the support from this industry is really quite overwhelming. I’m seeing it for the first time, and I think it is quite a remarkable story and quite unlike anything I’ve seen with any other charity. It’s an ongoing effort; a lot of our work goes into fundraising. But it is well worth it when we see thousands of severely impoverished children growing up to be self-sufficient and productive members of society. I really can’t think of anything more rewarding.

You can trace dollars from the timeshare industry directly to lives that have been transformed. Christel DeHaan has always pointed out that when you give a child a step up, you help break the cycle of poverty. It pays ongoing dividends to families and communities. Over the years, Resort Trades has provided support to her efforts to improve lives one child at a time by contributing editorial and advertising. Our hope and prayer is that you will go to https://christelhouse.org/, click on “Donate Now,” and commit to a monthly automatic donation. We can truly make a tremendous difference that will not only make us feel good for giving, but that will make the world a better place. Thank you for taking this vital step.

The Growing Trend of Travel Clubs 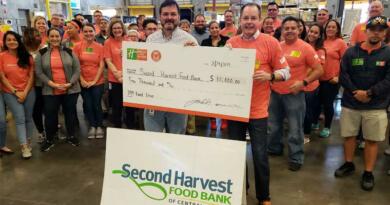 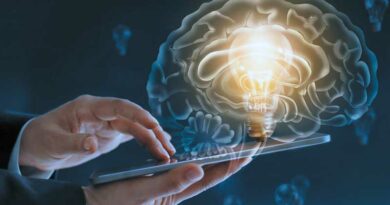