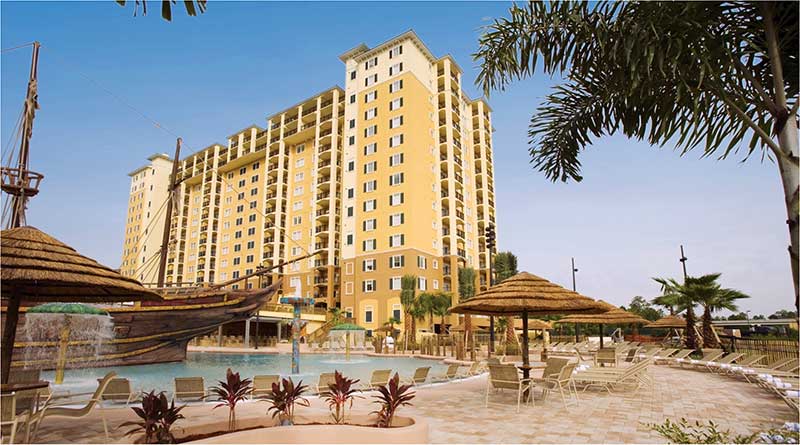 After sampling the delights of Las Vegas, New Orleans and Hollywood Beach, Florida, the 2019 ARDA World Convention and Expo returns to Orlando April 7-11 at the Hilton Orlando. It’s only fitting as many of the industry’s biggest brands and largest independents are based there, and most of those that don’t have resorts in the area.

When Wyndham Destinations spun off from its parent company, Parsippany, New Jersey, just couldn’t compete. “Orlando is the right location for Wyndham Destinations to launch our new company,” says Michael D. Brown, president and chief executive officer. “Florida is one of the most desirable states in which to do business, and we appreciate the partnership of the state and local economic development partners that helped us arrive at the decision to establish our headquarters here. With 72 million visitors last year, Orlando was America’s most visited destination and we’re proud to call Orlando home.”

Wyndham Destinations employs more than 25,000 people around the globe, including 3,500 in Central Florida, where the company established its headquarters in June of 2018. Wyndham Destinations has 19 vacation resorts in Florida, including six in metro Orlando. Its Wyndham Bonnet Creek Resort at Walt Disney World was named one of the Top 5 resorts in Orlando by Conde Nast Traveler last year. As is the case with other developers, they report that Orlando is their most frequented destination.
Orange Lake Resorts—which operates Holiday Inn Club Vacations—is building a new $30 million facility in Orlando, which will house 1,500 of its 5,000 nationwide employees. In an Orlando Sentinel article, Tom Nelson, president and CEO, said the company wanted to solidify its presence there “There is something very unique about this area,” he said. “People save their money to make that trip here.”

Orange Lake operate two resorts in Orlando with 2,506 villas: Orange Lake Resort and Orlando Breeze Resort, representing 33 percent of the company’s 7500 villas nationwide. “Because of Orange Lake Resorts proximity to Orlando’s world class attractions, the size of Orange Lake Resort and its many family friendly amenities, Orlando continues to be the single most requested resort destination,” says Brian Martin, senior manager of public relations. They have, however, branched out. “While Orlando is a great selling point because of its popularity, our recent expansions allows our owners to choose a variety of destinations and experiences, and we utilize the flexibility of our club product to sell our products as much as the destinations where our resorts are located.”
Other long-time Orlando players include Marriott Vacations Worldwide (Marriott Vacation Club, Sheraton Vacation Club, Ritz-Carlton Destination Club, Hyatt Residence Club, and St. Regis Residence Club, among others), Westgate Resorts (one of the world’s largest timeshare resorts) and Hilton Grand Vacation Club (four Orlando resorts). Disney Vacation Club is based in nearby Celebration.

A newer player in the market is staySky Vacation Clubs, which was introduced by staySky Hotels & Resorts in 2014. Although staySky Hotels & Resorts has over 1,100 units in the Central Florida market, four of its Orlando resorts are mixed use properties with staySky Vacation Clubs currently using 36 dedicated units. Orlando remains a top draw. “We have members that will exchange through Interval International to return to Orlando at resorts outside of our own when our availability may be low,” says Randy Steinbeck, vice president of resort operations.

With this concentration of timeshare developers, competition for talent is fierce. How do these companies set themselves apart? “The company culture that we have fostered along with offering what we believe to be one of the ‘richest’ benefits packed memberships available for not only the sales team, but all team members to stand behind,” Steinbeck says.

“In large markets such as Orlando, there is strong availability of experienced timeshare sales executives,” says Maria Ruiz-Hays, Wyndham’s vice president, sales development, recruiting & training. “What attracts them to Wyndham Destinations is our compensation and benefits packages, our commitment to their long term success, the amazing learning and development opportunities and our long history of growing and promoting from within. Additionally, we have a marketing operation second to none, so that our representatives are kept busy and touring well-qualified guests. We are committed to preparing great talent and supporting their career transformation. Our award winning training team and process is second to none and prides itself on the preparation and performance of our new associates.”

Martin adds, “We have an extensive benefits and compensation package along with industry leading recognition programs.” He also cites the new headquarters. “It was designed around our team member experience with natural lighting, a cafe, fitness center with classes and cutting-edge technology. Now all of our teams can work collaboratively across all of our business units.”

Orlando’s quality of life is another asset in attracting employees. “It is like nowhere else,” Ruiz-Hays says. “Orlando is huge and it has diverse neighborhoods and experiences for every lifestyle! Whether you want a gated community, to live on a golf course, a home on the lake, near the action, or rural, it is all here. I am a fan of downtown, an area rich with art galleries, theaters, science museums, fabulous restaurants, drinking establishments, shops and green areas such as Lake Eola, with events and activities every week.”

Where to Go During ARDA World – Advice from the Locals

• For those that want to take in the outdoors, I would recommend Wekiwa Springs State Park. It’s one of Orlando’s most popular parks for locals because of its miles of hiking trails, natural springwater pool (it’s a bit chilly) and sightseeing. For a unique restaurant and nightlife experience, I recommend Mango’s Tropical Cafe on International Drive. It has world class night life, entertainment and dining–50,000 square feet of fun. – Brian Martin, Orange Lake Resorts
• If you make it to downtown Orlando, I love Dove Cote and Kress for dinner and a great Sunday brunch at the Bohemian. — Maria Ruiz-Hays, Wyndham Destinations
• Beyond the obvious, there is Mango’s Tropical Café and Dinner Show, the ICON Orlando 360 complex featuring the 400’ observation wheel known as the Orlando Eye and several outstanding restaurants at Disney Springs. – Randy Steinbeck, staySky Vacation Clubs

Worst Orlando Advice
My company Captran’s first timeshare in Orlando, Orlando Resort & Club, was a condo conversion located on International Drive, which was little more than a cow path about two miles long. I remember Kemmons Wilson of Holiday Inn asking me of what I thought of him starting Orange Lake in Orlando. I told him not to build a resort in Orlando as it was only a two-day stay destination. — Keith W. Trowbridge, president, Executive Quest Inc. 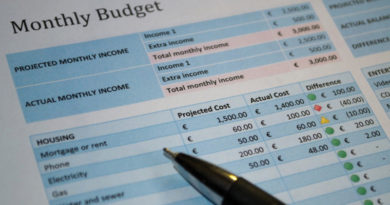 Preparing a Budget That Makes Sense for Your Annual Meeting 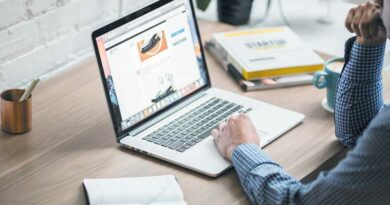