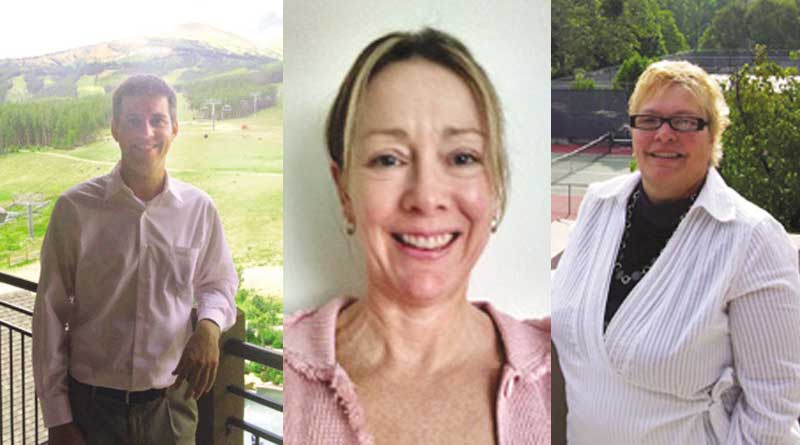 How many of us can say our management skills were tested – I mean literally – tested under fire? Therese M. Grybow, resort manager of San Diego Country Estates Timeshare Association in Ramona, California, can. Hers were tested not once, but twice! As publisher of Resort Trades, I found a few examples of real-life heroes.
Grybow’s story is one of several:

In 2003, a wildfire damaged roofs, spread debris and created smoke damage throughout the San Diego Country Estates located about 45-to-50 miles northeast of San Diego.

“[Of the two fires,] the worst damage came from the fire of 2003,” says Grybow. “After that experience, we took our emergency preparedness plan and enhanced it even further,” observes Therese.

It was a good thing, because sure enough, in 2007, the resort was hit again. And although the resort had to be evacuated, the phone tree system for orchestrating a smooth process, distribution of maps of the evacuation routes and provision of emergency housing for stranded visitors worked well.

Therese’s organizational genius helped them withstand this second test. While smoke and soot darkened the sky overhead, her team called each other every 15 minutes. Every player knew his role. A team was sent out over the sprawling resort grounds to distribute the maps and warn guests to prepare for the possibility of evacuation.

By evening, mandatory evacuation orders were issued as flames could be seen from resort grounds! Grybow’s calm, self-assurance and well-orchestrated plan carried the day. An event that could have been a breeding ground for the kind of panic that induces accidents, heart attacks and terror was handled as smoothly as Barnum and Bailey tearing down the Big Top.

February 2015 Resort Trades “Faces & Places” department begins tantalizingly: “You know how to ruin a perfect vacation? Take your wife on a romantic getaway to the Rocky Mountains and then get lost on a hike. That’ll do it every time.”

One near-perfect August day last year, a middle-aged Canadian resort guest gave his wife a peck on the cheek and said he’d see her shortly. It was a sunny day, so he had determined to take a little walk up to the top of the mountain (a mere 12,000 feet!).

Sure enough, as he neared the top a snow squall blew through, followed by gusting rain and a thick fog. He had wandered out without food or water; not to mention he was dressed for a bright, warm day. As the hour grew late, he began to fear he might be in real trouble. He was beginning to feel weak from lack of sustenance, altitude dizziness and exposure. After traveling in circles for a while, the hiker managed to call his wife a couple of times. But he was unable to describe where he was and then, to compound the problem, cell phone service was sporadic.

A frantic wife called down to the front desk and fortunately, Patrick Hurley who at the time was a shuttle driver, hopped in the resort’s four-wheel drive SUV and headed to the top of the ski lift area. He managed to connect with the guest via cell phone and guide him to a meeting place, where he could give the grateful hiker a lift home.

One day General Manager Jason Bretz and his team at the Breckenridge Grand Vacations’ Grand Lodge were horrified to find that one of their guest’s chocolate Labrador retriever had impaled himself on a low-hanging branch and had severely gashed its jugular vein. In the words of the owner, “These wonderful people, after hearing the dog’s ear-shattering cries, came from nowhere to assist me. Jason ran to our unit and alerted my husband to get the car, and he called the local vet and told them of the emergency and of our imminent arrival. Aneita Thompson and Kerri Gold sprang into action, grabbing towels and helping me to staunch the heavy bleeding. Aneita used her belt and Kerri her key chain to help add pressure. Then the three of them helped carry the 100-pound lab to our SUV while holding pressure on the wound. We sped to the vet where he immediately went to surgery. The vet said the quick action had saved his life as the big jugular vein had been completely severed.”

“Looking back, 25 years have really flown by,” comments SPM Resorts’ Linda MacDonald. “I guess it’s because I really am having fun!”

According to an article written by Marge Lennon, of Lennon Communications (also appearing in the February 2015 issue of Resort Trades), MacDonald worked her way up from housekeeper to general manager, touching all points in-between. She attributes the remarkably cooperative relationships with her employees to having worked in every department at one time or another. As many a manager will tell you, to work smoothly together, every member of the team needs to appreciate one another. There’s no room for snobbery.

“Working together for so long, we have the utmost respect for one another,” Linda says. “We have a great crew that honestly cares about their jobs and we have come to know the owners like our own extended family.”

It’s not as easy as it looks. Although Cape Cod is a summer destination it’s totally packed from the first hint of summer until the end of October. And yet, MacDonald was named “General Manager of the Year” last year out of a field of 26. Her resort also received an award for having the best hospitality scores. Pretty good for a resort without kitchens and with small units!

A manager’s example sets the tone for the rest of the team and can be a major factor in obtaining consistently high customer satisfaction ratings. “I say to myself every day, ‘What can I do today?’” says Grybow. “It’s tremendously satisfying when you can look back over the day and see what you’ve accomplished.”

“There is never a day when I wake up and say darn, have to go to work. Not me! I am very lucky because I truly love my job,” says MacDonald.

When it comes to real-life heroes who are a positive influence to those around them, few can equal the attitude, accomplishments and hard-working spirit of the recently deceased Alex Marxer, who was president of ResortCom International at the time of his death last December.

He was a brilliant, extremely well-educated man with a yen for innovation. After joining the company in 2002 as SVP of operations, he led a cultural transformation. A highly motivational personality, Alex’s motto, which could just as easily be that of any of our timeshare resort managers, was “Let’s put wings on your ideas!” 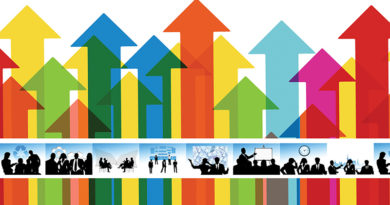 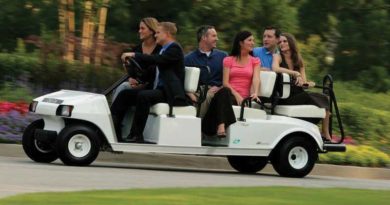 What Makes Club Car the Leader in the U.S. Commercial UTV Market?