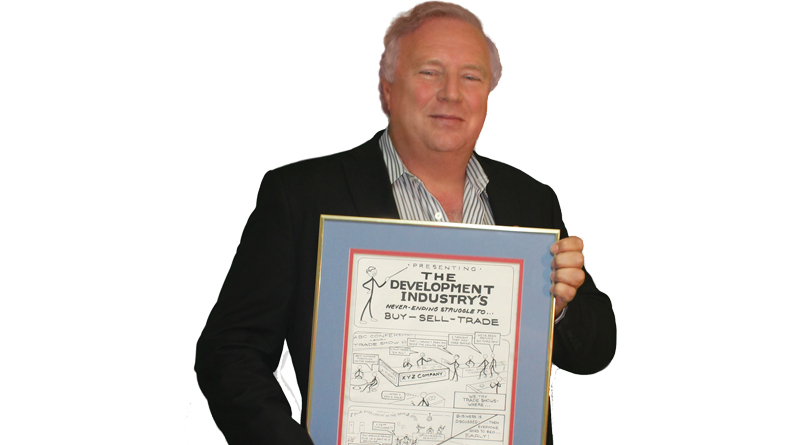 The Timeshare Pioneers series for Resort Trades was created to chronicle and honor the involvement of a handful of true pioneers whose early contributions and entrepreneurial spirit paved the way for today’s nearly $10 billion a year timeshare industry.

In honor of Resort Trades’ 30th anniversary, this month’s featured timeshare pioneer is its founder, Tim Wilson. Under his direction, The Trades has covered virtually every facet of the industry over the years and has earned a place in its history by bringing resort companies useful information to help enable them to deliver an excellent product.

“From an industry-oriented news and educational viewpoint,” says Tim, “at Resort Trades we recognize our unique position as the only media that connects with every timeshare resort, every month. It’s a big responsibility and one I take very seriously. We are the timeshare industry’s widest read and most respected, independent source of information, delivered to 6,000 industry insiders. We are proud of our long, un-interrupted history of publishing pieces that reflect what is accurately happening within our business.”

At a recent conference, he was the only individual who could say he’d been in the industry for more than 30 years. “I’m a survivor and I’m very proud of that,” he says. These days he has a list of accomplishments about which he is justifiably proud, although he’s characteristically too modest to boast about them. Quiet and reserved, you are more likely to find him at the back of a hall during presentations, rather than on the podium.

But his accomplishments speak for themselves. For one thing, he runs five successful corporations, three of which are connected to a unique, specialized retirement community exclusively serving a high-end, niche market of owners of RVs. The other two companies publish Resort Trades and Golf Course Trades (a buyer’s guide publication mailed to 19,955 golf course superintendents and readers each month), respectively.

These days, while Tim remains CEO of the two publications, he has handed the day-to-day management to others while he focuses on his very successful retirement community – The Gardens RV Village. Located in Crossville, Tennessee, The Gardens consists of custom-designed luxury houses attached to enclosed RV garages. Homeowners in The Gardens (currently numbering almost 400) typically drive coaches valued anywhere from $250,000 to $1-plus million. The community is unique in being one of only two or three similar projects in the country and none of this caliber and quality. “We not only survived through 2008-2012,” he says, “but ours was the only development in the region where property values actually increased during the recession!”

Learning From the Ground Up

After graduating with a degree in civil engineering from Tennessee Technological University in 1980, Wilson first entered the industry working for what was, at one time, one of the largest and and tract vacation ownership resort chains in the country, NACO. “I was hired as a civil engineer, initially, but I enjoyed taking on challenges and my role expanded accordingly. I enjoyed being an early adopter of new technology and was the first to bring the concept of using a computer to the company back when the only computers were home office mainframes. My position was secure, since I was the only guy who could produce spreadsheets at that time!” he quips.

Eventually, Tim assisted his father in developing one of the first timeshare resorts in Tennessee. In addition to utilizing his developmental background in building the property, Boardwalk on the Lake, he was called upon to lend a hand in virtually every facet of its development and later became the project director in charge of sales and marketing. “During the 1982 World’s Fair in Knoxville,” Tim reflects, “that resort experienced extremely heavy traffic because ours was the only computer in East Tennessee that wasn’t sitting in a bank!”

From there he took over as VP and Board Member of one of the first independent resort management companies in the timeshare industry, Interval Services International (ISI).

During his time as a timeshare developer, Tim consulted with the State of Tennessee to shape its very first timeshare laws, which were modeled after the federal 1980 Timeshare Act. So to paraphrase what the insurance company says on its TV commercials, “We know a thing or two because we’ve seen a thing or two ,” you might say he has certainly seen “a thing or two” in the industry.

Sensing a need to educate himself on the financial side of business, he went back to college at night and earned his MBA. Crossville had five major timeshare resorts at that time, among them Fairfield Glade. To serve these visitors, Tim decided to start a visitor’s guide publication as a side business that he produced for three straight summers. One thing led to another and soon he was launching a resort industry publication that would enable a broader number of vendors and suppliers to affordably get their message to their target audience.

As Resort Trades’ status and importance in the industry developed, the American Resort Development Association (ARDA) Board of Directors became aware of Wilson’s keen interest in and familiarity with technology. After hearing his thoughts concerning the looming issue of Y2K in 1998 (the concern of the time was that computers were not yet equipped to handle the transition from “1900” to “2000”), several board members asked Tim to write a whitepaper on the subject.

The task led Wilson to recognize a need to better educate the public about what to expect on January 1, 2000, and how to avoid issues that might result from software failures. “The whitepaper started it all,” he declares. “The advent of the new century did present real issues, but they were not insurmountable.”

The Associated Press picked up the story about the Tennessee computer publisher producing a non-profit periodical. CNN quickly picked it up and life changed radically for the shy, cerebral guy. From this point on, he became the recognized expert on the topic providing television commentary for CNN, the A.P and USA Today.

Tim was dismayed to see several pundits positioning themselves as experts and endeavoring to spread panic and fear in order to line their pockets. His sense of moral obligation to better inform the country led him to launch a monthly non-profit periodical, Y2K News, and to host a daily syndicated radio broadcast, which quickly grew to 60 stations. Tim was invited to join the Y2K Dream Team of speakers who were touring the country. From midyear 1998 through 1999, Wilson frequently flew at his own expense to address concerned audiences across the country.

Back to the Real World

“After January 1, 2000, I sold the rights to Y2K to a group interested in reaching what had been my radio and publication audience and I had just settled back into the role of publisher when my father passed away,” he says.

As the executor of his father’s estate, Tim became puzzled about how to deal with the RV housing development his dad had started in 1992. “The Gardens RV Village was ten years old but had never really gotten off the ground,” he remembers. “I toyed with the idea of selling it to the highest bidder, but something in me said, ‘Tim, you owe it to your dad to make this thing something truly special!’”

“Ask any developer and they’ll tell you how hard it is to keep all the balls in the air! Between the City and the State, with their regulations; the lenders and their mounds of paperwork; and the myriad number of other crises that erupt from uncooperative weather to finding good employees, there is no easy path to success. And why not throw a huge recession on top of everything else, while you’re at it?”

But, through it all, he not only made it a success, but managed to gain an immense sense of accomplishment and satisfaction from seeing it grow from a handful of houses to almost 200 high-end residences with fully equipped, attached RV garages. He recently managed to acquire additional property that will support another 400 homes. The project, itself, is stunningly beautiful, with exquisite landscaping shaded over with abundant old-growth trees and water features sprinkled throughout its rolling hills. Tim’s son, Matthew and his wife Abi, have now joined the staff at The Gardens and are part of his long-term exit strategy.

“My heart and soul are still rooted in the traditions of the timeshare industry,” admits Wilson. “We still use a three-day/two-night tour in our marketing mix, for example. In fact, I’m looking to introduce a vacation ownership component to the project over the next few years. It’s immensely satisfying to me to still be active on the creative side while introducing a legacy to my sons. (Another son, Michael, currently works for Eastman Chemical, but participates on the board for The Gardens.)”

“My first wholly owned business venture still remains near and dear to my heart,” he exclaims. “Resort Trades has become an independent – and more importantly – an unbiased source of industry information. The publication truly goes to the people in the industry. It reaches everyone from the highest executives of large companies, to the general managers and assistant managers of smaller vacation ownership resorts. We are still very project-based. We recognize that there are more than just the few large, publicly-held resort companies out there. What we deliver is news that can be useful at the project level and by any management team whether they’re in charge of a huge, high-rise or managing a smaller, single-site resort; and whether they are in active sales or were sold out years ago.”

These days, while he has consigned the role of publisher over to his wife, Sharon, Wilson is still involved in expanding the publication’s depth and reach. “Lately, we’ve been having a lot of fun developing our digital products, employing internet marketing. Our latest venture? We’ve taken on the challenge to produce a Spanish language, monthly, print publication to be delivered to timeshare resorts and resort development companies in Mexico.”

For the last thirty years, Wilson has quietly built his successful companies in a low-key, unassuming manner. “It is my hope that the companies I’ve started and which I believe will survive me will benefit my community in Crossville,” he says. “I don’t like to broadcast it throughout town or brag on my accomplishments to my neighbors, but I like to feel I’ve contributed to the well-being of this city. The Gardens has brought thousands of affluent prospective homebuyers to Crossville, solely through our company’s marketing efforts, all of whom spend and add to the wealth of the community. We are directly and indirectly responsible for the employment of any number of Crossville residents, ranging from construction workers, bankers and lawyers to suppliers of goods and services.”

“And I believe that our two magazines – Golf Course Trades and Resort Trades – will continue to assist readers in making wise business decisions that will, in turn, serve their consumers better.” 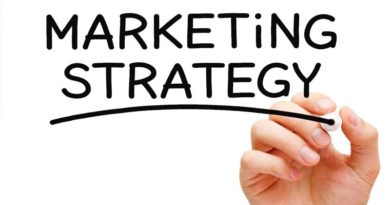 The Forgotten Ones: How to Lower Your Marketing Costs and Increase Your Portfolio Yield 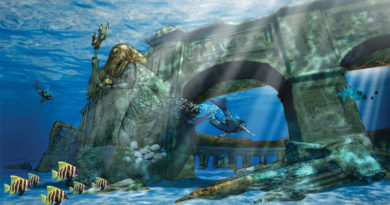