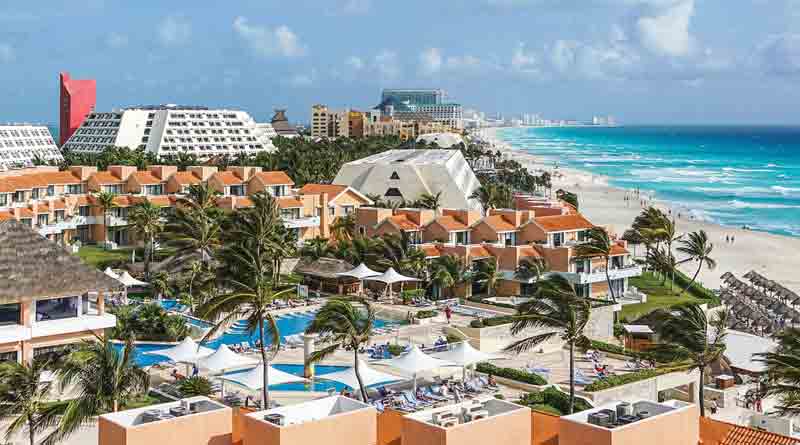 It is that time a year again. Every year after the Christmas and New Year’s holidays, we all are back to work and in execution mode for this years’ business plan. This month The Trades went out to interview some leaders in the Mexico travel and tourism sector. We were curious to learn about the initiatives they are undertaking within the vacation ownership sector. The country saw an 8.96% increase in tourism last year so it is hoping to continue that success. More Americans are taking advantage of the beautiful weather that Mexico sees, some even wanting to buy villas in Puerto Escondido, Santa María Huatulco, and Huatulco. This just shows how much the tourism industry helps other industries in the country. Our January issue highlighted some of the new and exciting projects underway in Mexico for 2018. In this article, we want to continue that trend as we interview some industry leaders throughout Mexico’s travel and tourism sector. We also learned about the several different tourism associations and their key objectives. If you are interested in finding out more about Mexican vacations you might want to check out https://www.exceptionalvillas.com/mexico for more information.

In Mexico, there are several tourism associations throughout the country. They were established to promote tourism growth in Mexico, educational/networking opportunities, serve as a communication channel between the private and public sectors, and to work hand in hand with the federal, state, and local authorities. In addition, each association has its own specific goals and objectives.

AMDETUR (National Mexican Resort Development Association) joins together 90% of the major vacation ownership resort developments, through its local associations at the most important tourism destinations in México, such as Mazatlán, Los Cabos, Puerto Vallarta, Riviera Nayarit, Nayarit, Acapulco, Cancun, Riviera Maya and other destinations throughout the country.

Among its main objectives are the promotion of national and international investment to help drive tourism industry growth in Mexico; to serve as a consulting tool for federal, state and local authorities; to work in collaboration with public and private sectors in the promotion of training programs; to be a communication channel in order to unify and concert private sector participation criteria.

On a national level, AMDETUR is a member of the Tourism Advisory Council, presided by the President of Mexico; member of the National Tourism Business Council (CNET), the umbrella body of the travel and leisure industry, and trustee at the Mexico Tourism Board (CPTM). It has signed Collaboration Agreements with the Federal Attorney’s Office of Consumer (PROFECO), with the main objective of conferring more legal certainty and security to the relationship between suppliers and consumers within this sector; and with the Mexican Chamber of Construction Industry (CMIC), in order to promote the development of tourism projects and construction best practice.

Trades: What association initiatives are underway at AMDETUR for 2018?

Mr. Trujillo: At AMDETUR we will continue to promote the development and overall growth of the timeshare and vacation ownership industry. Mexico plans on investing approximately 8 billion dollars over the next few years to build tourist facilities, particularly infrastructure such as marinas, theme parks, golf courses, and hotels.

Trades: Can you tell me about the AMDETUR Executive Counsel and its’ role in the improvement of the association?

Mr. Trujillo: Since Mr. Herrera became Chairman of the Board of Directors, AMDETUR has invited each of our members to join in the activities we carry out within the association in the tourist industry, both national and international. We have an inclusive mentality, a long-term vision, and we want to encourage sustainable growth and development to benefit all of our members. Our Board of Directors participates actively through various committees, conventions, and education.

Trades: What can we expect for the vacation ownership industry in Mexico in 2018?

Mr. Trujillo: in 2018, you can expect to see greater synergies and teamwork with local associations throughout Mexico. Also, we will continue the “Golden Palms” Awards & Recognition Program. We expect this program to become a benchmark in the industry in the coming years. In addition, we expect to have a stronger representation based on more than 20% growth in our membership base this past year.

ADEPROTUR is a regional association which encourages ethics and professionalism in the timeshare industry through the transparency of processes and mechanisms that extends from prospecting to sales. They work to define a voluntary code to boost integral development and sustainable growth of the vacation clubs in Puerto Vallarta and Riviera Nayarit. Their primary objective is to promote an innovative and ethical culture that benefits both vacation club buyers and the most important developments in the region in order to contribute to the economic development of our destination. The Trades spoke with Ms. Maria de Lourdes Ayala, Chairwoman of the association.

Trades: What association initiatives are underway for 2018?

Ms. Ayala: ADEPROTUR would like to give greater relevance to our Members through more training seminars. We also plan to work closely with our industry partners to provide improved products for our visitors to Puerto Vallarta and the Riviera Nayarit. In addition, we plan to conduct more studies of our industry to identify strengths and weaknesses, and in turn, implement actions in the short and medium term that will contribute to the strengthening of the Bay of Banderas region.

Trades: What is ADEPROTUR doing to create value for its’ Members and their customers?

Ms. Ayala: We are combining our efforts with a new creative and conventional philosophy aimed at growing our industry where we will reinforce the actions leading to professionalism, ethics, and best standard of service to our clients and partners.

Trades: What can we expect from the vacation club industry in 2018?

Ms: Ayala: We expect a sustainable growth of the shared ownership industry in the region of Puerto Vallarta and the Riviera Nayarit through the rigorous application of the code of ethics and high commercialization standards.

ADEPROTUR short-term objective is to support the multitude of vacation clubs in the region through their affiliation to our association, instituting a dynamic of transparency and quality through high standards of service and certification of all our internal collaborators.

The Association of Vacation Clubs of Quintana Roo (ACLUVAQ) is a regional association who started its activities due to the need to protect the interests of the Timeshare industry and the tourist industry in Cancun, but above all to establish its own self-regulation which, incidentally, is one of the highest achievements of ACLUVAQ.

By 2001 in Cancún there was already a respectable credibility of the Sector, however, in the other municipalities there was a total anarchy due to the lack of regulation and of an entity that organized and promoted the same but above all that would ensure that It would be fully complied with once it was established, which led to a series of anomalies that were damaging the image that had been created in Benito Juárez, so the decision is made to change the municipal to the state level, thus being born the Association of Vacation Clubs of Quintana Roo, AC (ACLUVAQ).

The Association is organized by a Board of Directors and an Assembly of Members. The Council is made up of eight people: a president and seven different vice-presidents.

ASUDESTICO is the Southern Baja California Association of Timeshare Developers. The association was founded in 1996. It currently has 18 developer members and other industry-affiliated members. Their objective is to focus on serving the joint task between authorities and private sector through the agreement on criteria and regulation in order to promote the timeshare industry. Some of their developer members are Royal Holiday, Pueblo Bonito, Vida Vacations, Villa del Palmar, and many others.

We discovered there are many vacation ownership associations throughout Mexico. In the end, it would be fair to say that all of the associations share one common goal- to promote the awareness of travel and tourism to Mexico, along with, promoting the growth of the timeshare industry throughout the country. 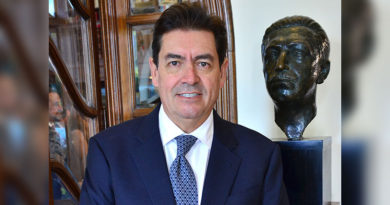 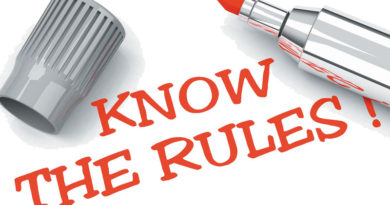 DOL Overtime Rule Changes: Understanding the Changes and Planning for Effects on Resorts 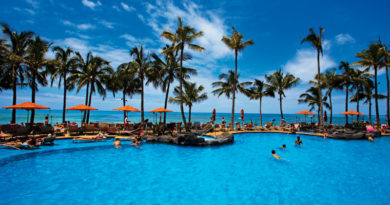