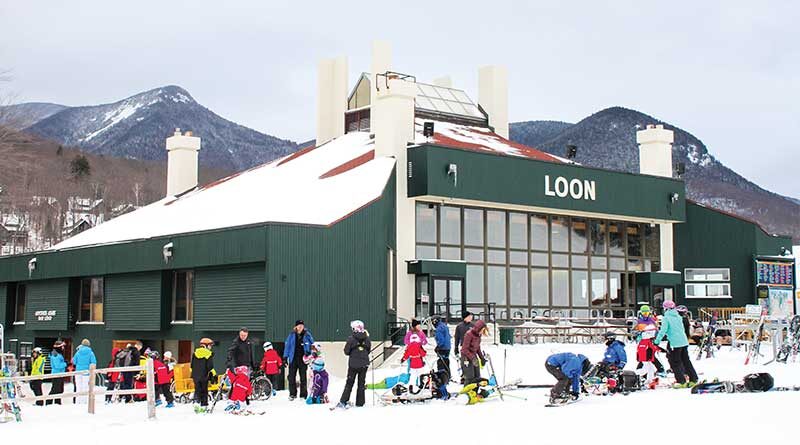 EDITOR’S NOTE: While an abrupt departure from Resort Trades’ usual fare of resort professional-directed articles, our editorial staff found Jay Flemma’s lively description of the notable InnSeason Resorts’ RiverWalk Resort at Loon Mountain and his tale of exploring the slopes too entertaining not to share. Enjoy!

It was a cold, windy day in December 1966 when Loon Mountain’s beloved founder, Sherman Adams, scrambled to graciously host, as he put it, “500 people who showed up with their skis without being invited,” to their humble opening. But from that day until now, it’s that kind of extra-mile hospitality that’s always been a hallmark of not just Loon, but New Hampshire as a whole.

They succeed admirably. Loon is the epitome of stately and refined, without ever being ostentatious or uppity. You can bring the kids, you can bring a date, or you can bring your racing team buddies and shred. Loon has something for everybody, and everybody loves Loon so much, they always look to return.

Don’t be fooled by the cutesy bird logo and the plethora of blue squares on the trail map, Loon’s 2,100 foot descent is formidable. (Base lodge altitude: 950, summit elevation: 3,050.) The in-bounds trails are spread across three peaks. North Peak and Loon Peak stand next to each other, and their trails interconnect ergonomically and easily. South Peak, a development added in 2007, is accessible only by taking a tote road chair from Loon Peak across a defile to a completely separate set of trails, complete with its own parking and base lodge, much like Sugarbush’s Mt. Ellen facility.

Expert trails are spread across the upper sections of both North Peak and Loon Peak, but it was the addition of the South Peak that was a game-changer. It gave Loon much-needed room to spread out, and significantly increased the amount of expert terrain, two excellent upgrades. The centerpiece is Ripsaw, a bucking bronco of a double black diamond that opens with a nasty, steep double fall line and then relentlessly throws headwall after headwall at you. Not to be outdone, Twitcher and Jobber feature headwalls that funnel into some fascinating chicanes and chutes, before – you guessed it – throwing another headwall at you.

We caught Ripsaw on a day when mountain ops had groomed it. Suddenly defenseless, it was a rollercoaster ride, and we lapped it laughing. Two inches of powder overnight hid a harder, even faster surface beneath, making the second day’s ride tougher, but still attackable. You could still ski an aesthetic line, you just had to trust it more, and embrace the send. We didn’t get to see it covered in moguls – I say that more with regret than relief, but with a little bit of both, because bumped out, Ripsaw could be as hard as nearby Cannon Mountain’s iconic front-side monster, Avalanche.

Back over at the main area, Upper Walking Boss is a welcoming entry-level expert run and Flume is a thrilling lift line. (If you work the moguls well enough, they’ll cheer you from the North Peak chair. I know from personal experience.)

“Flume was fantastic,” beamed an ebullient Jeannine Reath, who visited Loon mid-January with her husband Andy. “We had bluebird conditions, fantastic snow, no crowds mid-week, and the bumps on Flume were so wonderful, we rode them over and over.”

Your author also enjoyed Angel Street, accessible from either North Peak or the gondola’s summit. There’s this stirring moment when you zoom through a chute in the woods and then smoothly empty out into the East Basin Chair lift line, where suddenly the whole valley opens up in front of you. That’s one of the best vistas on the mountain.

Also, like Sugarbush, the intermediate trails at Loon are particularly strong across the entire resort. There are several gorgeous views from the blue squares off the summit of Loon Peak, (Haulback and Speakeasy to name two), but the lion’s share of intermediates can be found off the Kancamagus chair, servicing a broad array of twisting, narrow, often bumpy blue runs, including the highly popular Blue Ox and Ramspasture, as well as the Loon Mountain Terrain Park.

There are times at Loon when you might have to take more than one chair to get to where you want to go, (South Peak, for example), and the gondola line occasionally gets long, as might one chair or the other. But the lifts are, generally, high speed, and the system moves people up the mountain with efficiency. As an idea, Loon could benefit from one more truly indomitable double black diamond run…maybe even two. Ripsaw is wild, and covered in moguls would be a bear, but it’s also wide. Loon could use a proper rejoinder to Mad River Glen’s Paradise, Sugarbush’s Rumble, or Stowe’s Front Four – the narrower, rockier, and gnarlier, the better.

Still, with a whopping 99% snowmaking coverage, outstanding varied terrain, and a commitment to excellence in the service they deliver to every visitor, Loon truly deserves its place in the American winter sports Pantheon. Generation after generation has proven loyal as many visitors that came as children back in the 1970s and ‘80s now come with their children and grandchildren in turn. And somewhere, taking that great summit run in the sky, founder Sherman Adams in smiling, nodding, and saying to himself, “Yes. That’s what I was going for all along.”

Call it an instant classic. In the mere five years since it opened, RiverWalk Resort at Loon Mountain unquestionably has become one of New England’s bucket list destinations. Built at the base of Loon’s South Peak, the $33,000,000 development along the shores of the Pemi River sports 79 gorgeous condominiums, each one more opulent than the last. Even the smallest single has an enormous kitchen with its own island, a large living room, a spacious bedroom, (complete its own bathtub), a huge bathroom, and a balcony with mountain or valley views, but there are also 2, 3, or 4-bedroom options or even penthouses with conference rooms as well as kitchen, bed, and bath.

“We were going for something akin to the grand hotels of yesteryear, something like the Hotel del Coronado in San Diego,” said Dennis Ducharme, President of InnSeason Resorts, owner and operator of the RiverWalk. “We wanted something people would remember staying at along with the greatest hotels in America. That’s what we were going for.”

They nailed it. Sherman Adams himself could have done no better. The RiverWalk is completely self-contained, with its own restaurant, winery, spa, gym, game room, and enormous 8,000 square foot, 169,000 gallon pool surrounding the resort’s fountain (and with two outdoor Jacuzzis) that can be converted to an ice rink. And, speaking of ice rinks, there is an Olympic-sized indoor “Rink at RiverWalk,” reserved for ice shows and other events. The facility has hosted winter sports royalty such as 4-time world champion Kurt Browning, and 2-time U.S. champion Alissa Czisny. It’s also a favorite escape for Boston Bruins stars, including NHL Hall of Famer Joey Mullen, who three Stanley Cups, two with the Pittsburgh Penguins.

The Seven Birches Winery, a full-scale commercial operation distributing wine made on-site to all corners of the northeast, is indeed impressive. The vineyard is right in the backyard, and you can enjoy tours and tasting flights year-round. Using locally sourced fruits, they make cider as well.

They don’t serve meals at the winery, but La Vista, the RiverWalk’s restaurant is a solid option for breakfast or dinner. (They close for lunch.) Supposedly best known for their brick oven pizza, the rest of their classic Italian fare also looks like it could be mistaken for coming straight out of Naples. I wanted to look at the menu, and order the whole darn thing – “tutti, per favore.” When an Italian says that about a ristorante, that’s as good a recommendation as you can get. Molto bene, Dennis.

Another 66 condos – Phase 2 – are slated for opening later this year, including an even larger winery and spa, as well as a convention center.

Glittering and palatial, the RiverWalk is one of the most strikingly beautiful landmarks in the state of New Hampshire. Best of all, condos are available for purchase as fractional, seasonal, or total ownership. Once purchased, they can be put into a rental program. The White Mountains of New Hampshire are paradise in any season, and Lincoln’s central location and easy access to a good four-lane highway are a huge advantage to choosing the RiverWalk as your base of operations for summer explorations as well as shredding moguls at Loon.

Best of all, from your room at the RiverWalk, you can ski to the South Peak lifts and lap Ripsaw all day. If you catch it groomed as I did, have fun. If you catch up bumped out…well, don’t say you weren’t warned.

When not reporting live from major sports championships or researching golf courses for design, value, and excitement, multiple award-winning sportswriter Jay Flemma is an entertainment, Internet, trademark, and banking lawyer from New York. His clients have been nominated for Grammy and Emmy awards, won a Sundance Film Festival Best Director award, performed on stage and screen, and designed pop art for museums and collectors. Twitter @JayGolfUSA 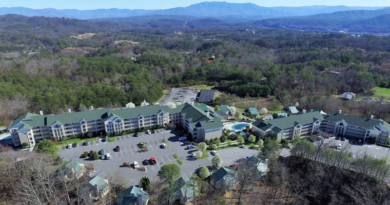 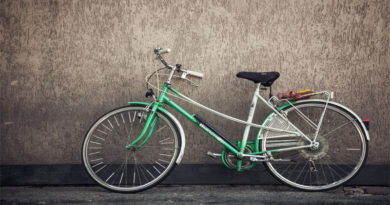 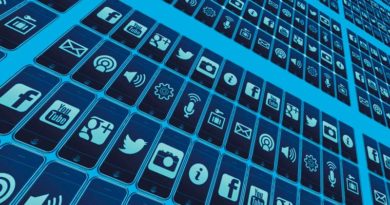 Digital Marketing: 5 Essentials for Breaking Through