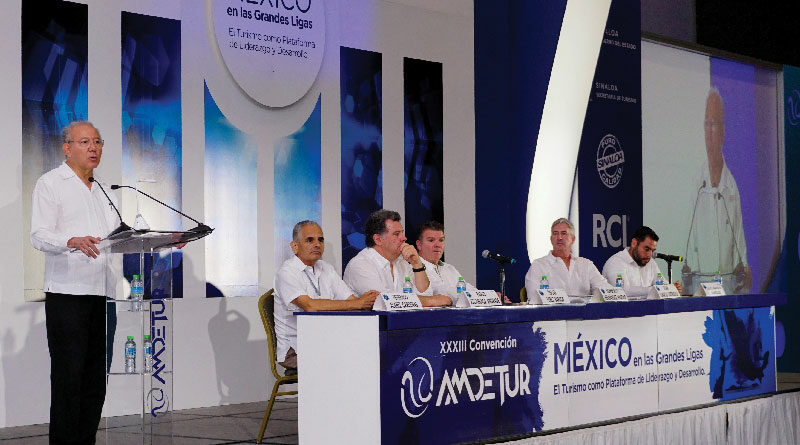 AMDETUR, the equivalent of the American Resort Development Association in Mexico, holds a significant annual convention, along with a variety of other activities. Resort Trades caught up with Carlos Trujillo, the organization’s executive director, recently asking him to weigh in on the most pressing events in the industry in his country:

Resort Trades: What are the top issues facing resort developers in Mexico in 2020?

Carlos Trujillo: Tourism in general in Mexico is going through learning or adapting process, due to the arrival of the new government. One of the biggest hurdles is the lack of promotion of the country. This is due to the closing of the Mexico Tourism Council, which in the past was in charge of promoting the MEXICO brand along with other destination brands.

Resort Trades: What do you see as AMDETUR’s mandate in terms of serving your members?

Carlos Trujillo: AMDETUR, as any other trade industry association, needs to service members in all the different aspects that the industry is looking for such as advocacy, training, benchmarking, etc.

Resort Trades: How would you describe the relationship between your organization and other associations such as the American Resort Development Association (ARDA) and the Cooperative Association of Resort Exchangers (C.A.R.E.)?

Carlos Trujillo: I think that in recent years, all the trade industry associations have discovered that working together is more beneficial than working alone. AMATEUR has excellent relations with ARDA, CVOA, and CARE, we also participate at GATE meetings and with the associations in Latin America such as Brazil, Argentina, and Colombia.

Resort Trades: What would you say are the opportunities for companies and individuals on both sides of the U.S.-Mexico border to grow their businesses together?

Carlos Trujillo: We need to keep delivering what we offered or promised, be aware of members’ needs and requirements, listen to them, and also providing quality accommodations and quality service.

Resort Trades: At the Mazatlán AMDETUR convention, we learned that 256,535 intervals or memberships in Mexican resorts were in existence. Is this number still accurate?

Carlos Trujillo: Yes it is accurate, being 75% being from foreign markets and 25% domestic.

Resort Trades: What are the projections for growth or your thoughts on future prospects in 2020?

Carlos Trujillo: We have been growing around 6-7% percent each year and this trend continues to be the same. Maybe the challenge will be for the next few years, due to what we mentioned earlier about not having someone who promotes the MEXICO brand.

One of the main panels was “Tourism Leadership-Challenges and Opportunities” which was moderated by Juan Ignacio Rodriguez Linero, Chairman of the Board of Directors of AMDETUR and included speakers Pablo González Carbonell, CEO of Royal Holiday; Pablo Azcarraga Andrade, Chairman of Grupo Posadas; Ernesto Coppel Kelly, Chairman of the Board and CEO of Grupo Pueblo Bonito, and Carlos Berdigue Sacristian, President and Managing Director of El Cid Resorts. Panelists spoke about the evolution and transformation of the Vacation Ownership Industry.

They spoke about the challenges the industry in Mexico is facing with the recent arrival of sargassum and its negative impact on the tourism industry. They explained that sargassum is a large brown seaweed and is a type of alga with berry-like structures that are gas-filled bladders.

The panel continued to explain that the Mexican government is working with scientists and the Mexican Navy to explore ways that the sargassum can be captured before it ever arrives to the coastlines of Mexico. They also discussed the opportunities associated with the arrival of sargassum and how it can be recycled and used in a variety of positive ways. One interesting example mentioned was about a man named Omar Vasquez who invented a way to use the seaweed after it biodegrades as a primary ingredient in a traditional adobe, or mud brick, that the resulting material was durable and weather resistant. He later uses it to make bricks that are used to build homes for low-income housing.

During an extensive question-and-answer session with Miguel Torruco Marques, federal minister of tourism, more details were provided about sargasso. Mr. Marques discussed the origin of the sargasso, the effects on the beaches of the Mexican Caribbean, and what the government is doing to resolve this issue. He explained the Mexican government has instructed the Mexican Navy to conduct sea studies with the help of environmental scientists. He continued by stating that they have sent several navy ships out to sea in an attempt to capture the sargasso in nets before it ever arrives onshore. In addition, public funds have made available to place barriers off the beaches along the coastline to prevent the sargasso from reaching the beach shores. He explained the remainder of any sargasso that does reach the beaches would be removed manually.

Facts at a Glance

Mexico moved up eight spots in the World Economic Forum (WEF) ranking on travel and tourism competitiveness, from 30th in 2015 to 22nd in 2017.

Tourism is one of the main drivers of Mexican economic activity.

Tourism accounts for 8.8% of GDP

The Trades sat down with AMDETUR Executive President Carlos Trujillo to ask him some questions and to provide us an industry update for Mexico. Mr. Trujillo started out by stating that Mexico received over 41 million international tourists in 2018 which was an eight percent increase over 2017. He continued by saying that 2019 year-to-date has not seen quite the same growth rate as compared to past years. Still, based on the current numbers, they are forecasting a 3-to-5 percent growth for the year.

Trujillo observed that the Mexican federal, state and local governments are working closely to ensure safety and security for all its visitors to Mexico. He also stated the Mexican government have also provided federal troops to provide additional security. He continued by explaining that the government has invested millions of dollars in state-of-the-art surveillance cameras that provide video surveillance to a centralized command post. He also emphasized that this has to do with security in general, although there has not been a safety situation regarding foreign tourists in Mexico.

He commented further on the sargassum arriving in Mexico beaches and its effects on tourism by adding that the west coast of Mexico in places such as Cabo San Lucas, La Paz, Mazatlan, Puerto Vallarta, Ixtapa, Alcapulco, Nayarit, has not been affected. We concluded our interview with Mr. Trujillo by asking him for AMDETUR forecast and future outlook of travel and tourism in Mexico. He stated the private sector has started several initiatives to promote travel and tourism to Mexico and they have a positive outlook for 2019. However, he stated there is some concern over the Mexican government’s elimination of the Mexico Tourism Promotion Counsel, which provided public funds to promote travel to Mexico, and this could affect travel and tourism to Mexico in future years.

Mexico is still going strong and ranks in the top ten countries in the world for tourist visitors each year. As discussed throughout the AMDETUR conference, Mexico is faced with several challenges, but also have many opportunities to continue to grow and remain a top tourist destination in the world.

Dear owner: We love you! 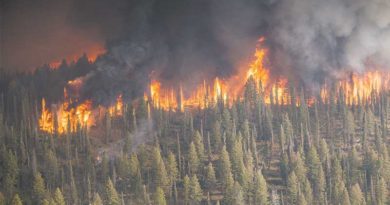 What to Do After Wildfires 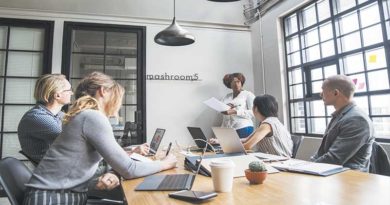