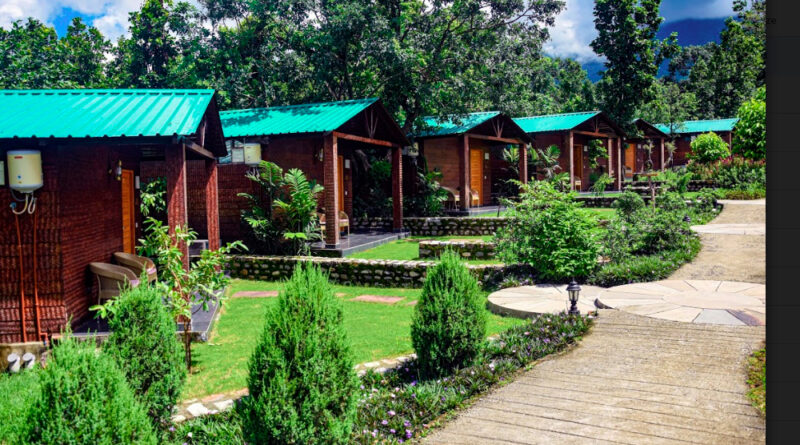 Karma Group has announced the opening of Karma Sitabani, in the Jim Corbett National Park, part of the Corbett Tiger Reserve in the picturesque heartland of Uttarakhand in Northern India.

Karma Sitabani offers guests a truly unique opportunity to experience a side of India they may have never seen. Guests can relax and enjoy the ruggedly beautiful, green landscape at the foot of the Himalayas as well as take a safari into the Park to view tigers and other unique wildlife. There are fewer than 4000 tigers remaining in the wild on the planet, and it is estimated that as many as 10% live within the Corbett Tiger Reserve. The pristine forest around Karma Sitabani allows for wonderful interaction with wildlife, with the property itself known as a bird watcher’s haven, hosting about 300 species of birds; with monkeys, foxes and deer also a common sight.

“I am tremendously excited about this very special property,” said John Spence, Founder and Chairman of Karma Group. “Karma Sitabani gives our intrepid members and guests access to India’s oldest and most prestigious National Park, regarded as the heartland for protecting tigers in India, and the opportunity to catch a glimpse of these majestic creatures that are sadly now so endangered.”

Karma Sitabani is named after the local Sitabani Temple, as a sign of respect for local culture and beliefs. The Temple is dedicated to Sita, the female protagonist of the Hindu Epic Ramayana. It is believed in Hindu mythology that it was in this ancient temple that Sita was absorbed by the earth. The temple attracts many visitors each year.

Spread over 3.4 acres (14,500m2), the resort has a total of 42 suites in various configurations, within expansive manicured lawns and the usual Karma amenities such as spa, pool, restaurant, kid’s area, cinema, games area and gym.

Named after Sir Edward Jim Corbett, the famous naturalist and photographer, the Jim Corbett National Park lies nestled in the foothills of the Himalayas and is one of the most popular destinations for wildlife enthusiasts. It spans over 520 kilometers, varying from rolling hills and marshy wetlands to grasslands.

Guests can fly to Delhi and drive for 6 hours on good roads to Karma Sitabani, or fly to Patnagar and then drive for about 2.5 hours. The nearest village is Ramnagar, 45 minutes from the resort.

Karma Group is an award-winning international travel and lifestyle brand offering extraordinary experiences in the world’s most beautiful locations and is headed by Chairman and Founder, John Spence, former Ernst & Young Entrepreneur of the Year and member of the judging panel for the Ernst & Young World Entrepreneur of the Year. John has been honored by being awarded the Edward P. Bass Honorary Fellowship at Yale in the Fall Semester of 2019 in the School of Architecture, marking the first time Yale has extended this to the same person more than once. He has also been awarded a Distinguished Visiting Fellowship at UCLA as well as working with students from the University of Pennsylvania to design a chateau development in Carcassonne. The Karma Group is comprised of Karma Resorts, Karma Retreats, Karma Royal, Karma Estates, Karma Beach, Karma Spa and Karma Boutique. The Group is currently operating 33 resorts in more than 10 countries, including Australia, France, Germany, Greece, India, Indonesia, Thailand, Vietnam and the United Kingdom. There are currently five properties in development and the Group is negotiating three separate acquisitions in Scotland (a golf resort), Cyprus, and Bulgaria. In 2016, Karma group and Sanctum Hotel Group announced a joint venture to develop a series of authentic rock ‘n’ roll styled and orientated hotels in strategic locations around the world, accompanied by an exclusive private membership club, now with over 85,000 members. In 2017, Karma were awarded the contract to manage and develop the golf course on Rottnest Island in Western Australia and in Greece, RCI, the worldwide leader in vacation exchange, selected Karma Group to manage its operations in the Greek market whilst redevelopment began on Karma Minoan in Crete. Karma Group is a sponsor of the England Rugby 7’s team, as well as the Rosslyn Park HSBC National Schools Sevens, the world’s largest school rugby tournament. Karma Group recently invested in its first racehorse with a view to future expansion of its stable. 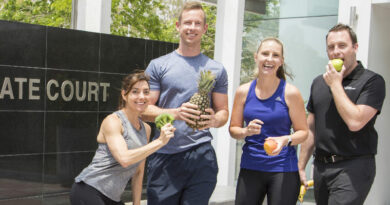 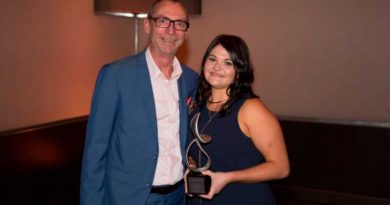